Hear The Names of Tulips

This page came about because of a query from Ed Wall and Rimmer de Vries; my sound files will eventually also become part of Ed's website OldTulips.org 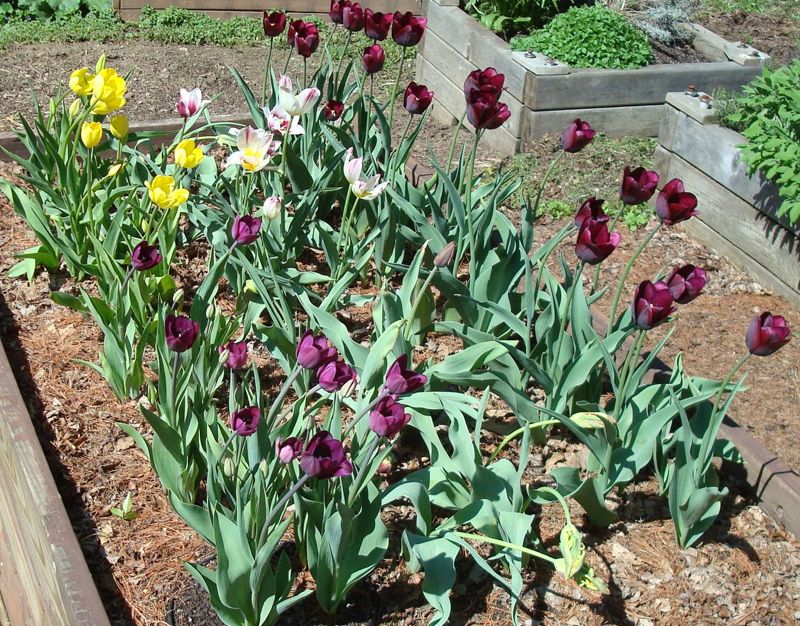 Most of the modern tulip names were found on Scott Kunst's site: Old House Gardens

>> - it says the admiral was the first owner of this tulip. I'd never heard of the man before. Also known as: Admiraal Verijck

was an important port on the old Zuider Zee

2 - a naval base with its own fleet of warships.

- the castle in Nassau

(Germany) where William of Orange (see below) was born.

(a woman's name - 'Estella' is a Spanish name. The Dutch version is Stella

('everything is going to be all right.')

- 'the Dutch Indies,' a name thought up by famous Dutch author Multatuli

- a medieval nobleman from Flanders with a French name

is 'purple,' but it's an old-fashioned word. Modern Dutch is paars

- a family of artists

was the second city in Holland that withstood a Spanish siege, and in honor of that the first Dutch university was established there

2 ('silver') - Periodic Table of The Elements

('beauty' - though in Northern Dutch it now usually means 'clean')

The P. Cos Book

To us, the 'P. Cos Book' is a catalog of the 'Tulipmania' bubble of ridiculously inflated prices that burst in 1637. Most of the paintings were made by Jacob Isaacsz. van Swanenburgh

2 who was in the 1620s Rembrandt's first teacher; a smaller number of the paintings was made by Adriaen van Witvelt

Wageningen University in The Netherlands has beautiful scans of the P.Cos book on their website

OldTulips.org is a website in development by Ed Wall that has links to beautiful paintings of the old tulips - Ed has my permission to use my tulip names sound files.

According to an article by Liesbeth Missel, curator of Wageningen University Library, Holland, 'admiral' (admiraal

2) in tulip names refers to coloring; there were no actual military men by those names.

I am just a Dutchman of general education, a native speaker of Dutch without special knowledge of 17th Century Dutch - my pronunciation and translations are based on modern Dutch - let Ed or me know if you think I'm wrong and you have a better idea.
Dutch spelling was only standardized in the 1800s.

Some of these tulips were sold for hundreds, even thousands of guilders, which was a very large sum at the time, when a common worker earned two or three nickels a day. Wageningen University has scanned some religious-tinted pamphlets condemning the speculative trade. One of these, 'Clare Ontdekking' gives an interesting list of contemporary prices, all these items together are the same price as paid for one of the top tulip bulbs. Remember that a common workman would earn two or three nickels a day at the time, and there were 20 nickels in a guilder (f, for florin.) email - Copyright © Marco Schuffelen 2010. All rights reserved. This material may not be published, broadcast, rewritten, redistributed, or hotlinked to.
Don't be a dief (thief) / dievegge (female thief) - diefstal (theft) - stelen (to steal) - heler (dealer in stolen goods) - hear Dutch - 2
Gij zult niet stelen

'Thou shalt not steal'